Below is an excerpt from my recent piece (“The Accidental Racism of Matthew McConaughey’s Redskins Nostalgia”) which has been published over at The Daily Dot. I encourage you to go read it.

“All else aside, the “quickness” McConaughey refers to in his interview with GQ is most telling. Change always seems too fast for those bent on preserving a past that has made life comfortable for, particularly, the white, male, and wealthy. But in truth, finding a resolution to the battle over the racist Redskins mascot has been anything but quick. Protests and complaints against the racist name have been stewing since 1972, with some historians claiming an even longer timeline. This article in the Chicago Tribune is dated January 24, 1988 and, sadly, makes many of the same arguments that Native American activists continue to make today, met with the same racist, damaging logic about the name “redskin” being an honor, with Dan Snyder demanding that offended Native Americans ‘respect’ his opinion.”

“The idea that 10-year-old boys being exploited are more deserving of our shock and disgust than sixteen-year-old girls being made up to look like adult women displays not only profound misogyny but a callous lack of understanding about the way sexual exploitation, rape culture, and sex trafficking work. Eighty percent of transnational victims of sex trafficking are girls. Seventy percent of victims who are trafficked into the commercial sex industry are girls. Rape culture decrees that girls are inherently exploitable: that their bodies were never their own to begin with and, therefore, consent is a fluid concept. “Some girls, they rape so easy,” Wisconsin State Representative Roger Rivard infamously said, illustrating the ideas held by many about consent and how little it means to those who don’t view women and girls as whole human beings.”

Snoop Dogg Cyber-Bullied Iggy Azalea, But Here’s Why I Have Problems With Both Of Them

Below is an excerpt from my recent piece (“Snoop Dogg Cyber-Bullied Iggy Azalea, But Here’s Why I Have Problems With Both Of Them”) which has been published over at xoJane. I encourage you to go read it.

“The same goes for her fans. The reaction I’m seeing from white fans on Twitter seems distinctly racialized: zealous concern for a white woman who has been wronged at the hands of a “scary black rapper.” Are these fans listening when black women voice their concerns about the wrong Iggy has done? Doubtful. Is Iggy listening? Does she lend an ear when black women air their grievances and list the ways her shtick has harmed them? Never has she given any indication or acknowledgment to suggest she has. Yet with Snoop Dogg’s sexism infecting the Internet, now Iggy wants her grievances heard.”

Naked Graveyard: The Ghosts of My Nudes 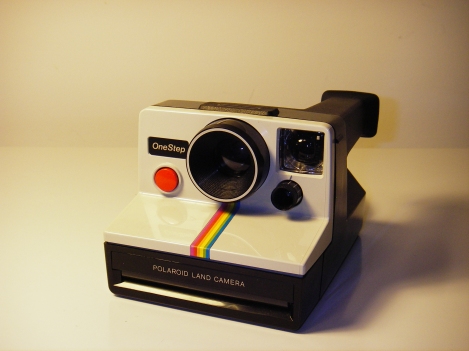 Below is an excerpt from my most recent piece (“Living in Fear of My Own Personal Celebgate”) which has been published in the NSFW issue of Kernel Magazine. I encourage you to go read it.

“My nudes are out there somewhere: naked orphans of mine, moles and smudged eyeliner and half smile. The girl in those photos is wearing a red satin bra one size too small. She’s floating in cyberspace, between the pages of a dusty yearbook, or perhaps plastered on a bar’s bathroom wall, eyes blacked out with Sharpie. Some days I think of the photos and am filled with dread. They are exposed specters of a girl searching for beauty in her own bones, her body rising from the grave to sink her teeth into my throat, dragging me into a bottomless pit of ruined reputations.”