An Elegy for Fairness: Jordan Davis, Defiance, and White Entitlement

This may not even be an essay. Already it feels more like an elegy—not just for Jordan Davis, or Trayvon Martin, or their parents, whose black sons’ lives have so little value in the eyes of the American justice system. This feels like an elegy for fairness: a lament read at the funeral of “right” and “good” and “humane.”

Because these things must be dead. I struggle to find proof that they’re living. George Zimmerman invades our daily consciousness, his arrogance taking up more and more space as the likes of CNN, who apparently know no shame, offer him an interview to tell “his side of the story.” I know what story he’ll tell: it’s the same story that Michael Dunn has been telling. The one where an adult man can claim to have been afraid of a 17-year old kid and everyone will nod sagely and understand because that kid was black. We know that the reverse of this would be seen as silly. What if an adult black man had shot and killed a 17-year old white boy for playing his rock music too loud, claiming it made him afraid? Everyone would smirk. Black men are tough, the racist narrative goes. Tough. “Thugs.” What does a black man have to be afraid of?

Everything, I would say. Everything. Just read the headlines.

A black man need not only fear a car accident, like any other human being, but he must also fear being shot while asking for help, as we saw with Jonathan Ferrell. The same goes for black women—the family of Renisha McBride will tell you.

Elegies have been written for these families, their lost children. But I am writing an elegy for fairness, for what their deaths mean, because they mean more than funerals. They mean more than black veils and sad songs. Their deaths mean our death, a collective slow withering of the soul. We are a country where a man can be convicted of the lives he attempted to take, but not the one he did take. We are a country where a man can shoot ten rounds into a car of teenagers, then go home, order pizza, take a nap—and face no justice. And in this we are dying. In this our humanity crumbles. We made these laws. We enforce these laws.

And with these laws, we tell black children that white men can murder them for any reason at all. The mythical laws of respectability do not apply. A black child can have one parent or two. A black child can wear a hoodie or a blouse. A black child can have trouble with the law or no history of arrest. Living in this country, I have learned the equation, seen the common denominator: blackness, and only that, is what links these victims together. It is not the music, or the hat, or the pants, or the name. It is the skin, and the emotions it incites.

I say “emotions” instead of “fear” intentionally, for it was not fear that caused Michael Dunn to get out of his car and fire his gun ten times. It was anger.

“You’re not going to talk to me that way!” Dunn yelled at Jordan Davis and his friends, according to witness testimony. And with those words, America’s racism rears up in my vision: a white man demanding that black youths respect and obey him. When they would not—for they were under no obligation to do so—he tried to kill them. He did kill one. “You’re not going to talk to me that way” reminds me acutely of America’s not so distant past, in which black Americans were warned to never “sass” a white person. “Don’t talk back,” as if every white man everywhere is an authority figure based on the sheer fact of his whiteness. Mr. Dunn can talk all he wants about imaginary guns he thought he saw that never appeared, but the fact of the matter is this: Michael Dunn was angry, and in his anger—his anger at being defied—he took a life.

Michael Dunn and George Zimmerman, aside from being murderers, have something else in common: a terrifying sense of entitlement that tells them black boys like Trayvon Martin and Jordan Davis are interlopers. Strangers. Outsiders. Others. The Michael Dunns of the world believe that black boys’ music, their clothes, their language, their skin, do not belong, and are subject to white dictation at any time. It’s their inherited white supremacy that tells them black boys “are not going to talk to [them] that way.” It’s been often said, and I will say it again: this mentality is distinctly similar to Jim Crow and apartheid laws, where free black people were still expected to comply with and obey white expectations at any given time. Noncompliance meant death. Means death. Now. For noncompliance meant the death of both Trayvon Martin and Jordan Davis.

We are a nation that kills black boys. We are a nation where being black—and nothing more; your blackness alone—is an act of defiance. What if Jordan Davis had turned his music down and said “Yes, sir” the way the Michael Dunns of the world fantasize? Would it have changed his fate? Perhaps. But it also would have contributed to the belief of a man that his whiteness means authority; that his whiteness means obey; that his whiteness means be silent, don’t speak, you are an Other. Jordan Davis is dead because he would not comply. His parents weep because he would not comply. And the worst part is, he didn’t have to. Jordan Davis, a black youth, did not have to comply with the wishes of a white man. The jury would not convict Dunn on the count of murder because somewhere in their minds they believed that Davis violated the unspoken rule of white supremacy and black inferiority.

Surely not. To do so would mean stepping backward into Jim Crow. It would mean further sending the message of second-class citizenship, in which white children can live free from the burden of racism while black children grow up stunted and afraid. It’s not fair. And that’s why this is an elegy. Because fairness is dead. 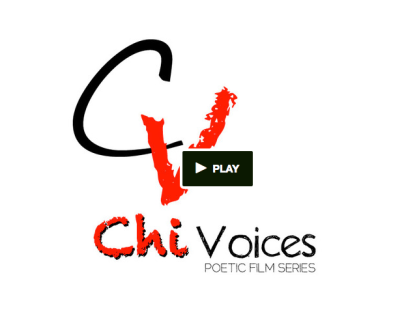 These are the words of Jessica Estelle Huggins, independent filmmaker in Chicago:

“Ultimately, my intention is to provide a platform for youth to creatively express themselves in regards to the youth violence in Chicago. If I was ever to have a child(ren), I would want them to look like me: brown skin, kinky hair. And to constantly watch images of brown and black skin youth in stories of violence in the news has always been heartbreaking for me. For almost a year, I have been able to build a very strong team that believes in similar ideas of progression in the African-American community as I do. Personally, I believe that everything starts with the children. We need to go back to the basics: Love, support and patience. Change starts within ourselves. As a filmmaker, my way of expression is through visuals. I want Chi~Voices to serve not only as art therapy for those affected by violence, but to also serve at an action component, a way for people to want to actively become involved in changing our communities for the better.”

Some of you may remember last summer, when Huggins gathered a couple of Chicago’s incredibly talented spoken word artists and created Chi~Voices: A Poetic Film Series. The film series is focused on spoken word artists creatively exploring youth violence occurring in Chicago. Since then, Chi~Voices sponsor, The BRIJ Fund, L3C created the collaboration of Chi~Voices with the Institute For Positive Living (IPL) in Bronzeville to host a six-week comprehensive workshop for the youth at IPL. During these workshops, a few of the Chi~Voices poets came in and helped increase the literacy skill sets of these youth. You can check out their beautiful work here: http://chivoices.wordpress.com/2014/01/12/chivoices-workshop-5-1102014/

Currently, the team is weaving the youth at IPL’s pieces into the current story with the original poets. Now, Chi~Voices is launching their Kickstarter campaign to raise the last $2,000 for production costs. Once the team raises the funds, they will begin to prep to begin production in April. The film premiere is slated to happen during Fall 2014.

The purpose of this blog has always been to talk about issues I feel strongly about. This is one of those issues. It’s only February, and already there have been 31 murders in Chicago in 2014. If we want to change the lives of youth in this city, then we have to start with initiatives like this. Share this campaign. Donate if you can.

I write this on February 5th, Trayvon Martin’s birthday, and despite all the things I would like to say to that young man, I’m going to say this one thing to you: don’t you dare watch the George Zimmerman “celebrity” boxing match.

The word “celebrity” comes from the word “celebrate.” When we celebrate people’s accomplishments we call them celebrities. Ask yourself right now: Do I celebrate what George Zimmerman has done? If the answer is no—and it damn well better be—then you should already know that watching this match violates the memory of a 17-year old boy whose life was taken violently and unjustly. But in case you need a few reasons why, I’ll provide you with some here.

Do not wrap him. Not even in your hate. Do not give his pockets a single penny. Turn your back on this spectacle, and turn your back on George Zimmerman. It’s all that he deserves.